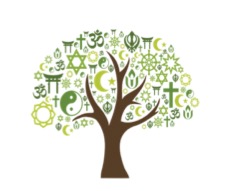 Whether you are exploring your own faith, or visiting a faith experience for the first time, or even revisiting a challenging religious space from your past, April is an opportunity to expand your understanding of the religious landscape in our pluralistic society. These groups are student led, supported and advised by the chaplains and intentional searches for meaning and community building, while balancing ancient and modern faith traditions in our efforts to uphold human dignity and to grow in our understanding of each other.

Passover Seders The First Night Seder is on Friday, April 15 at 6:30pm at the Faculty
House. The Second Seder is on Saturday, April 16th at 6:30pm and will be held at the JRC.
RSVPs required for Seders.
Shabbat Service Friday April 29th at 7:00pm in the JRC followed by WCJA/MSU Shabbat Dinner/Iftar at 8:30pm

A banquet of communal and spiritual nourishment. Each Sunday at 5:30pm in the Upper Room at St. John’s Episcopal Church

Come celebrate Holi, the festival of colors, with the HSA, SASA, and ACE! In commemoration of the festivities there will be a campus-wide color throw hosted on Paresky Lawn on April 9th from 10am to 2pm. Snacks, drinks, colored powder and white shirts will all be provided at the event. See you all then!

Maundy Thursday April 14th at 8:30pm. A choral Maundy Thursday service that includes Communion and the Service of Tenebrae in Thompson Memorial Chapel.

Church of Latter-Day Saints, Bahá’í, Quaker, and Sikh representatives invite you to bring your lunch and learn about the less represented religions. Wednesday, April 13th at 12:00-1:00pm in Paresky 112. Snacks provided

A banquet of communal and spiritual nourishment. Each Sunday at 5:30pm in the Upper Room at St. John’s Episcopal Church

Yoga in Greylock Dance Studio Sundays 4:30, Wednesdays and Fridays at 5:00pm Beginner-friendly classes. BYO mat, or borrow one when you arrive.

Please visit the Covid-19 website for the latest information, including details about vaccination, testing and mask requirements, and policies for off-campus visitors.